“Football is nothing without fans” – Sir Matt Busby

In a previous post I wrote about the Ford Edsel, and its disastrous introduction to the market in 1957. The Edsel fiasco reportedly cost Ford more than $350 million. Ford failed because they became preoccupied with their own internal view of the market and what it needed and forgot to look at the desires and needs of their customers, the people they were hoping would buy the product. This month we witnessed a fiasco of similar scale, albeit with a much more rapid dénouement. Twelve football clubs (soccer clubs for any readers in the US) from across Europe came together to propose a new competition – the European Super League.

I admit this was personal to me. Like my father, I was born a few miles away from Manchester City Football Club’s old Maine Road ground. My father was a lifelong supporter of the team and his support has been passed down through the generations. Myself, my brother and my two sons have all followed in his footsteps. Despite having been to countless matches, including big games like the one shown in the image above, I found myself torn, reconsidering whether I would continue to support the club once they announced that they would join the European Super League. I was not alone. Football supporters all over the UK, and indeed all over the world, railed against the announcement and demanded that their clubs disassociate themselves from the newly proposed competition. Why? It’s worth unpicking the reasons.

All professional sports clubs must be run as a business. If income is less than expenditure, the clubs will not survive for long – and recent years have seen many professional football clubs in the UK disappear because they ran into financial problems. Revenues can be huge, but so can costs. Competition for the best players continues to drive player wages and transfer fees to previously unseen levels.

Professional football (soccer) produces significantly more revenue than any other sport. In 2018, its global revenue was significantly more than $40 billion. No other sport even got to $20 billion. This makes owning a big football club a potentially attractive business proposition. However, there is jeopardy. Revenue is tied significantly to ongoing success – partly from prize money and partly because of qualifying for big, lucrative competitions. The biggest competition in Europe, which the proposed European Super League would have supplanted, is the UEFA Champions League. There are six so-called “big” teams in England (all six announced that they would join the European Super League), whereas normally just four English teams, which need not be from the “big six”, can qualify for the UEFA Champions League each year. Whoever is left out gets less prize money and finds it harder to retain their star players. What business owner would not want more certainty about future revenues than this process delivers? Part of the European Super League proposal was that founding members would be guaranteed a place in the competition every year, regardless of performance. This is not new, it’s how the most popular American sports competitions work. But it’s not how football works.

A key element that some dislike about football, but most fans find attractive, is that of all the major sports it is the one in which is most difficult to score points. This introduces jeopardy. It makes it more likely that a small team can beat a large team on the day. Despite careful planning, having the best coach, having the best players, having the best analysts to determine tactics, a big team can lose out to a smaller one based on one moment of luck or one controversial refereeing decision. This can bring significant financial impact as the kind of risk that the business would rightly try to avoid. This was the logic for a closed competition. But most football supporters do not like closed competition.

Whichever team they support, they like the thrill of a small team beating a big team. They see closed competition as being unfair, and counter to the principles of the sport. The fact that there is jeopardy, and that not all the “big six” can qualify for the Champions League in any given year, adds to excitement. Furthermore, the English Premier League is contested each year by 20 clubs, but the bottom three drop out each year and are replaced by three other clubs that have earned that position on merit. As a result, 49 different clubs have competed in the Premier League since it was founded in 1992. This has allowed many more supporters to see their team compete at the highest level (admittedly, sometimes very briefly) and it is this equality of opportunity and meritocracy that supporters like. This is basic, at the root of the sport. The owners of the clubs that tried to create the European Super League seem to have forgotten this, or perhaps they never understood it. 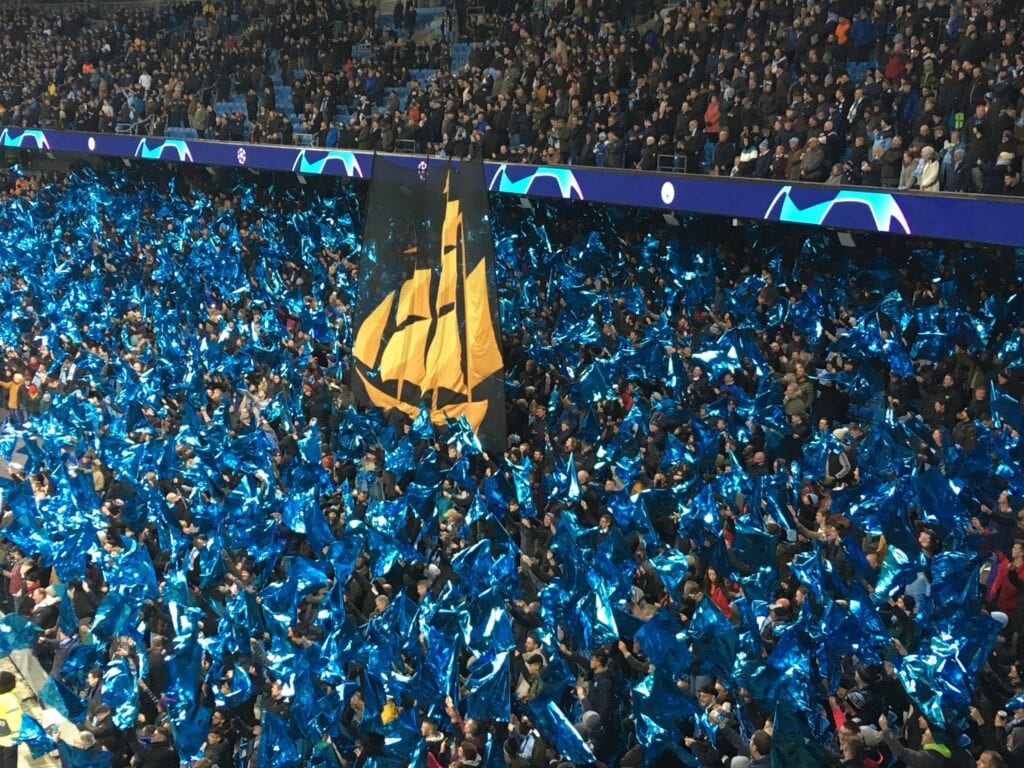 Just like Ford they focused internally, on their pet project, and forgot to check what the world around them might actually want or need. When I wrote about the Ford Edsel, I suggested that you must put yourself into your customers shoes, to care as much about their life as you do your own and to understand what drives them. To fail to do so invites failure, and the collapse of the European Super League proposal is a spectacular example of this. Either the club owners did not care about their supporters (who effectively, either directly or indirectly, are their customers) or they assumed that they could abandon their existing customer base and replace it with a new one that they somehow acquired as a result of gaining a massive one-time injection of cash – which would have been a massive and reckless risk. At least one of the clubs lost one of their sponsors, another source of income, as a direct result of proposing to join this new competition.

As well as upsetting customers, they also upset partners. In professional sport your apparent competitors are really your partners. Teams who compete on the field must cooperate off the field in order to create a framework and rules for sporting competition. The clubs who threatened to break away into the European Super League failed to consult or inform the clubs they would have left behind. This inevitably has led to a breakdown in trust with partner organisations. Ironically, threatening to leave and not going through with it has also reduced the leverage that the big clubs have over their smaller partners and over the organisations who currently manage football competitions.

I think the European Super League failure goes further than that, though. In another post I wrote about nontraditional market forces that now exert pressure on companies. These include the attitudes of investors, but also those of employees and the forces that derive from doing good for society. A sports club is much more than a business. It is a force that draws people together. Ironically some of the clubs that were involved in the threatened ESL breakaway should rightly be proud of what they have done, and continue to do, for local communities. Sports clubs are often the focal point of the local community. The UK government saw this and moved quickly to threaten legislation which would have prevented the formation of the European Super League, or at least made it a lot more difficult. Many of the players and coaches, employees of the clubs, robustly spoke out against the plans.

In addition to alienating their customers and partners, the clubs also managed to alienate their employees, their local communities and the regulators who influence their business environment. After 48 hours of pressure from their own employees, the media, the government, and physical protests by supporters the English clubs involved relented and backed down from their plan. One would imagine that it requires a special effort to alienate all your stakeholders at the same time, but the clubs that proposed the formation of the European Super League seem to have managed to do just that. This example doesn’t just underline the importance of keeping your customers and partners on board, it also underlines the importance to any modern business of doing right by the society within which it operates.

alternative dictionary definition of super: “extra, unwanted, or unimportant; [for example] a supernumerary”

Clegg, J. (2020, August 18). Never Before a Failure Like It. https://www.johnmclegg.com/blog/innovation/never-before-a-failure-like-it/

The Economist. (2019, October 5). Competition between sports for fans’ money and attention is increasingly fierce. https://www.economist.com/international/2019/10/05/competition-between-sports-for-fans-money-and-attention-is-increasingly-fierce